Someone asked me recently, “What do I think of the surge?”

The current situation makes me think of me watching the Super Bowl. I'm no football fan and I really do not know the teams. I can, like anyone else, appreciate the athletic abilities on the field when I see them. But I don't know the players. I don't know the coaches. I don't really understand what is going through the players heads as the prepare for each play. I'm not a football player or fan. So what do I do when it comes to Super Bowl talk? I talk what I know, which is the cultural aspects of the celebration of this American sport. I have a hard time even picking a team to root for. So when it comes to football I just need to stick with what I know.

When the media covers the war in Iraq and Afghanistan they are sort of like me talking about football. They sort of don't understand the story to begin with so the concentrate on aspects of war they understand. Instead of talking about military operations, they talk about polls back home about the popularity of the war. Instead of talking about units going in or coming out, they are focused on the human interest side of a soldiers leaving their families behind. When is the last time you heard a story on what was achieved by a unit while deployed in Iraq or Afghanistan? It is not a question asked of soldiers or their commanders. Why? Do you even know which unit is there right now?

The question before Congress as to support sending more troops or not is really off base in my opinion. The Congress and the President should be discussing what the policy goals and what do they want the Pentagon to do and they should not be discussing how to do it. If I take my car to a mechanic, I don't tell him to turn this bolt or use a drop light when working on this part or that. I ask him to trouble shoot the problem, explain my options and then fix the car. How he does it is not something I should get too deep into. I see the current rounds of discussions as misplaced and somewhat analogous to a customer hovering over the mechanic while he is working.

Clarifying policy goals in reaction to Iraqi insurgency, Iranian support of insurgency and Al Qaeda involvement are much more complex. Do we as a nation want to contain Islamic extremism or defeat it? What kind of roles are we comfortable for Iran to have in regard to their neighbor Iraq? If we expect them to sit by while their region is coming under heavy U.S. influence may not be that realistic. At the same time, just because they would oppose our goals does not mean we just need to leave and leave it to other to shape the region. In order to have military success there needs to be clear policy goals.

As a citizen I would suggest the following policy goals:
1. Convince nations that have a Muslim majority that Islamic extremism is not going to usher in an age of Islamic expansion and peace.
2. Improve the ability of the middle class in the Middle East to participate in government and change.
3. Ensure that nations that have a Muslim majority are respected and players in the international political market of ideas.
4. Encourage the economic and educational development of the Middle East.

I would like to hear a good debate on what our policy goals are in the Middle East. If we know what we want politically then we can let the military planners and commanders recommend to the commander in chief how to do so. Mind you, it may not be the Pentagon nor the intelligence community that can best help in achieving our nation's goals. But that will be better understood if we have clear policy goals. Posted by pruittcommunications at 9:34 AM No comments: 1. He is realist with a dash of optimism.
2. He sees education of the America as a priority.
3. He tells the American people what he is trying to accomplish. Transparency is a good quality in a leader.
4. He has chosen some well qualified leaders who also happen to be minorities.
5. I believe he is true to his convictions.
Posted by pruittcommunications at 10:20 PM 2 comments:

CEO or Dr. of the Soul

There is an excellent article in Leadership magazine entitled Curing Souls: the Forgotten Art by Eugene Peterson. Peterson, faimed for his paraphrase of the Bible called The Message, contrasts the institutional CEO mentality of ministry with one that is curing the soul. Probably the best insight is that if I count my job is to solve organizational and personal problems then there is no end to doing that. When do we take the time to seek God during the trying parts of life if we are continually fixing it ourselves?

Growing up in rural Missouri, Theron McCloud was our minister of the gospel. He spent a lot of time visiting the sick and shut-ins in the community. He was not a CEO. Our people could not relate to a CEO since most of the people were farmers, farmer's wives, people who worked with hands but lived in town. Yes there were some business owners and such in the congregation, but sophisticated organizational structures and programs would have been smaltzy. Instead Theron spent his time caring for people not the organization. Sure he was a leader, but that was something he did as a mere matter necessity and not one of definition.

I met a pastor a few years back who exemplified this sort of mentality but he worked in Plano, TX. Plano is not rural Missouri. I was in a shopping mall there and I did not see one pair of cowboy boots. Plano is the home of many technology companies. But still this pastor spent much of his time eating lunch with parishoners. Sure he had to order the salad so as to not expand his middle beyond a healthy girth. Still yet he was taking time with people. It looks a little different in Plano than rural Missouri, but I still think it is possible for a pastor to spend his time discipling the members of the congregation rather than running an organization.
Posted by pruittcommunications at 7:13 AM No comments: 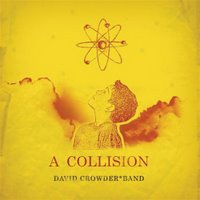 My daughters bought me a couple of CDs for Christmas last year (2005) by David Crowder. My CD player in the car was working fine. The Lime was immediately my favorite. The Collision just did not make sense. However when I put Collision on the iPod, it became a whole new experience. The experience of Collision is too subtle for an aging stereo in a car with tad bit of a muffler problem. The songs are not simply a collection of songs of a single genre. The album has a flow to it that is intriguing. There is a mixture of techno-sounds, rock guitar, ethereal high pitched women singing (who may be synthesized, the voices not the women), Amer-Indian chanting, and blue grass banjo. Who would have figured? Collision is worth the time and few bucks to buy.

There are themes of Collision are death and the afterlife, great themes from

certain genre of Christian music my friend Lynn Thomas used to call “suicide Christian music”. David Crowder Band explain on their website that the David Crowder's grandfather told him that he should do a blue grass album. (I think it was the grandfather, the story is no longer on the web.) The album reinterprets the banjo picking and mandolin strumming for a new generation. Then also uses techno-synthesized sounds that are reminiscent of a banjo. Not only does the album tip its hat to blue grass via traditional instruments and contemporary recreations of the agile bouncing of the blue grass sound but it also acknowledges the themes used by Christians of the America of days gone by. Christianity on the American frontier experienced death in a very close and organic way. They had a high infant mortality rate. Women would die in child birth. A work related injury was much more likely to be fatal than it is today. They understood death on a whole different level. So singing about heaven was 100% natural. These themes correlate somewhat with the angst of many of todays youth and of those who sense their mortality. These contemporary expressions of the realities of death and our mortality are edgy and depressing. Usually one must dress Goth and then it is just a black tee-shirt with an angst filled, pejorative phrase on it. Perhaps some stark make up and piercings if you are really having a bad day. Crowder Band will resonate with those who truly have a sense of the shortness of this life. But they also address the hope we have in our future, glorified estate. The themes fit the hope filled heart of what my friend used to “suicide Christian music” and yet it is good tunes too.

Posted by pruittcommunications at 11:51 AM No comments:

Today I had to go to a committee meeting that I promised to attend. So I also took the day off from work. I decided to also reconnect with a friend from high school. We discussed our work, our children and how the years have gone. It was good to reconnect. He is now working at a Christian college and would like all of his children to be educated there as he and his wife were.

Clearly in my mind, he was my best friend in high school. I'm not sure why I did not stay in touch better. Regrets.
Posted by pruittcommunications at 11:31 PM No comments: